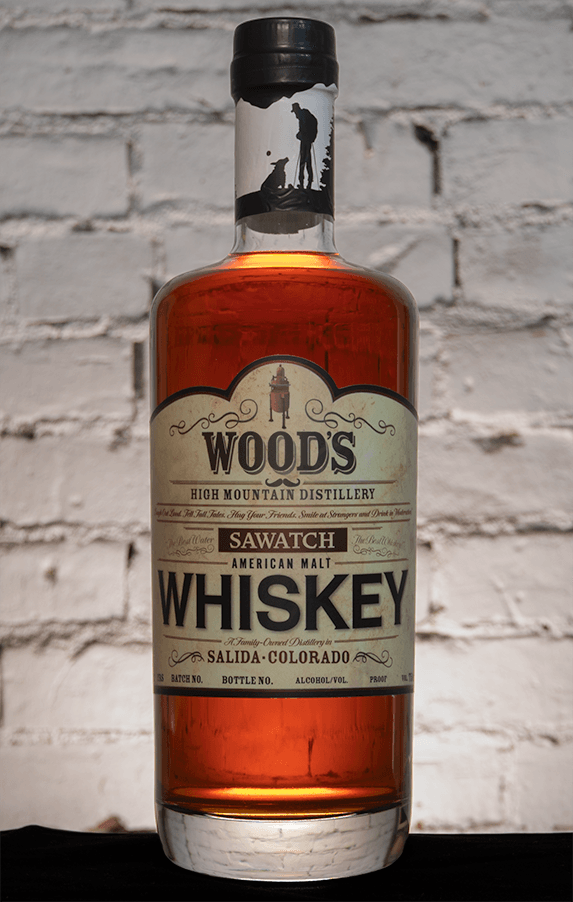 Sawatch American Malt Whiskey, named for the 14’er filled Sawatch Mountain range that towers over Salida and stores the water that we use to make our whiskey, represents the next evolution in Wood’s whiskey offerings. Sawatch is created from our special blend of malted grains including 2-row barley, cherrywood smoked barley malt, dark chocolate barley malt, malted rye, and malted wheat. Finally, aged 4-5 long years in 53-gallon new American oak barrels and bottled at 49-50.5% ABV (98-101 proof) – for a whiskey as big as the Sawatch range.

Sawatch is an American Malt whiskey* made from 100% malted grains. The mash bill is: 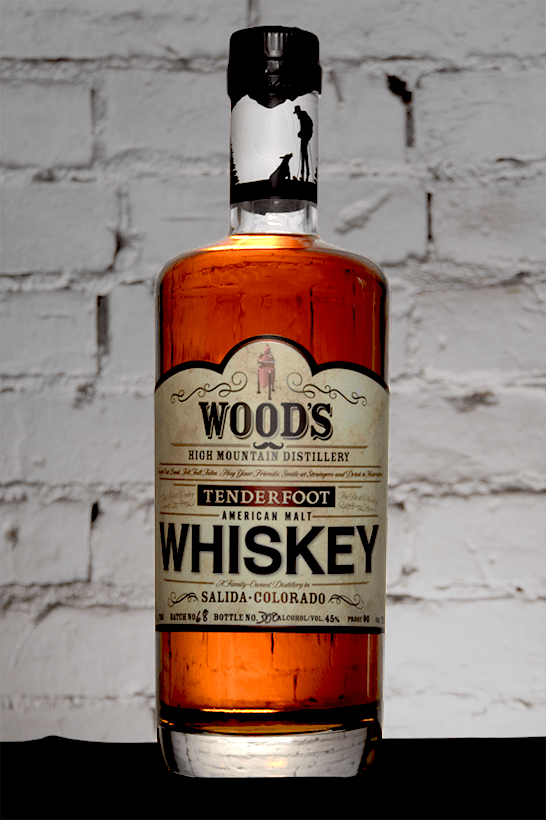 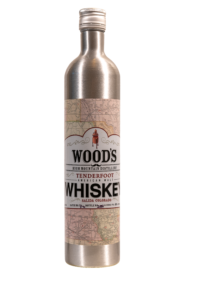 Tenderfoot American Malt whiskey is made from three types of malt barley (including two-row plus a blend of chocolate and cherry wood malts), malt rye and malt wheat to give it balance with a hint of smoke, chocolate and a long spicy finish. It’s not a “Single Malt” since we use malted rye and malted wheat in the mashbill, rather this is a whiskey that is pioneering the return of the little-known category of Malt whiskey. This young whiskey’s age is belied by the intense effects of aging at 7089ft (2159m) in the Colorado mountains. Aged two-years in #1 Char New American oak barrels, and bottled at 45% (90 proof).

Tenderfoot Whiskey has a rating of 85 points from Whiskey Advocate, and an 89 point “highly recommended” rating from the Beverage Tasting Institute

How do we make our whiskey?

Tenderfoot is a malt whiskey made from 100% malted grains.  The mash bill is: 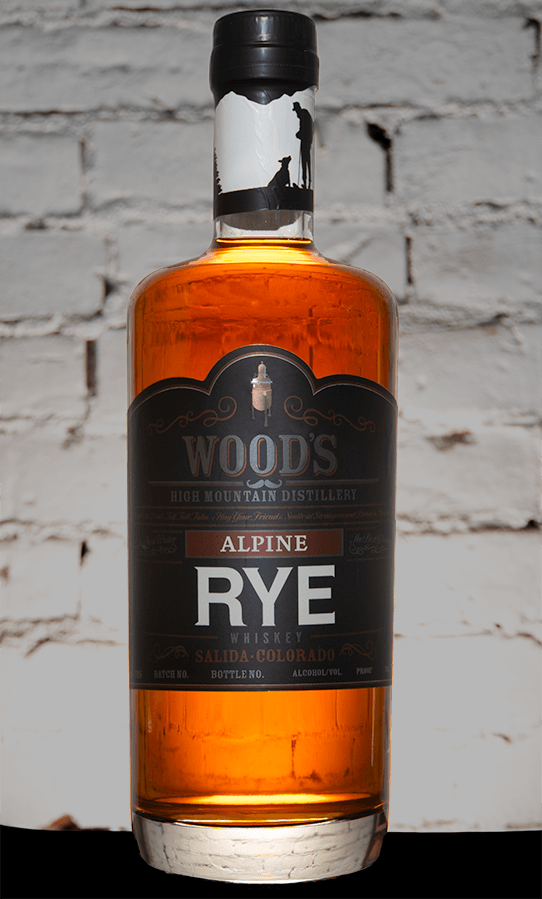 It is aged for two years in new oak barrels and bottled in Limited Release batches, so it is only available a few times a year.

Alpine Rye is a rye whiskey made from 100% malted grains.  The mash bill is:

This Limited Release typically consists of only 250 bottles per release. It is  only available in the Salida Tasting Room or for online orders.

Check out our Tasting Room page

Tours are available by reservations only. Please email [email protected] or call 719-207-4315 to schedule.

You can see how this popup was set up in our step-by-step guide: https://wppopupmaker.com/guides/auto-opening-announcement-popups/